Today (4th June) is the anniversary of my brother’s death.  Some of you will already know about Matt, for others this may be news.  My brother Matt died on the 4th June 2003.  I will never forget my phone ringing to tell me to get to my parents as quickly as possible.  I was working for a training firm in South Wales, life was fun and in my twenties I was invincible.  Waiting for my boss to come in so I could speak with him and tell him I had to leave, I can still remember the cold meeting room “my brother has died I need to leave now”

The drive from Bristol to Portsmouth is still a journey which brings the memories – that long straight M3 with us sat in the car not really believing what we were driving towards.

Matt had died suddenly with an undetected Heart Condition called Cardio Myopathy.  He nor any of his family and friends were aware that his heart was so badly damaged. On the morning of the 4th June at around 5am his heart had had enough and he died. He was on Southsea beach watching the sunrise with his friends. They were celebrating finishing their final degree exams the day before.

The paramedics and nursing staff in Portsmouth worked on Matt’s body for nearly an hour, not wanting to let a seemingly fit healthy young man die. Their attempts were to no avail, his heart was done.

We saw him in the mortuary somewhere I never want to visit again ever.

The years have passed and time has definitely helped us all be able to talk about Matt with fond memories.  He is trapped in a time warp – we will never know what job he would have had, would he have married, had children and where he’d be right now.  We see his friends who are ageing fabulously having children and are living all over the world. This group still meet annually to hold the ‘Cooper Cup’ to fundraise for Cardiac Risk in the Young (CRY)

As a family we often talk about how we are lucky that Matt didn’t have to deal with an agonising illness, or for us dealing with him being the victim of  a horrendous crime or accident.  He just got taken because his body was done at the age of 23.

One thing it does do for us, is, whilst we don’t wake up crying every day – it makes times of happiness always tinged with sadness.  Some people describe themselves of having the famously social media created condition of Fear of Missing Out (FOMO) we live with something else – the Fear that Something could go Wrong (no acronym for that one). We’ve experience sudden trauma first hand.

With less than 2 weeks to go for the new twin arrivals to come, everyone is slightly on the their toes.  This anxiety is something we live with, manage and brings us as family close together. I do, however, wonder what he’d make of me having 6 children, living in Yorkshire and married to his namesake!  (it, knowing him would probably include a swear word!) Let’s all hope for a smooth arrival. 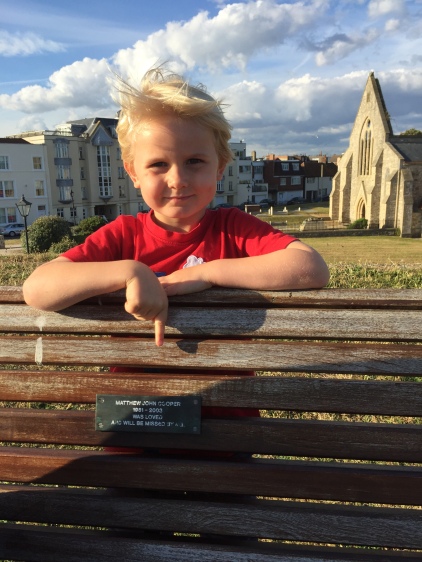 View all posts by kateeball